The structure is said to be from around 2400 BC. A number of hypotheses exist as to the origin and purpose of the structures. Claims that the site has pre-Columbian origins are usually regarded as controversial. Among structures at the site are standing stones that have been erected to align with astronomical events just like Stonehenge in England.

The stones line up with the summer solstice, the winter solstice and the equinoxes when the sun is on a level plane with the earth’s equator and the cross-quarter days which fall in between them.

Artifacts found on the site lead archaeologists to the conclusion that the stones were actually assembled for a variety of reasons, for example, a “Baal stone” was found that has inscriptions that say ” To Baal on behalf of the Canaanites this is dedicated.”

A much-discussed “sacrificial stone” which contains grooves that some say channeled blood. The stone is 9ft x 6ft, it sits on four legs and weighs about four and half tons. You can see where the blood would channel down and drip off the edge into a vase and there is even a cut out for the vase. 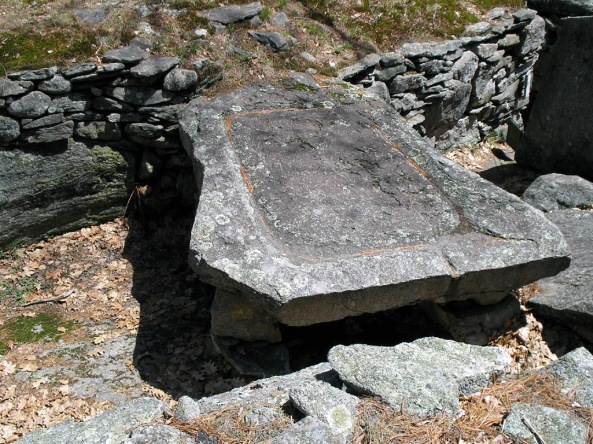 Another bizarre find is that at the summer solstice stone of the American Stonehenge, a line extends all the way to Stonehenge in England, and through one of the trilithon’s. It then extends further east to Beirut Lebanon.

So the question is, what is the connection. What is a Stonehenge doing in New Hampshire that has archaeoastronomy, stones that line up with solstices, a stone that is dedicated to the Canaanite god Baal, a sacrificial stone, an alignment that extends to the England Stonehenge which continues east to Lebanon where the Canaanites come from?

Canaan,  area variously defined in historical and biblical literature, but always centred on Palestine. Its original pre-Israelite inhabitants were called Canaanites. The names Canaan and Canaanite occur in cuneiform, Egyptian, and Phoenician writings from about the 15th century bc as well as in the Old Testament. In these sources, “Canaan” refers sometimes to an area encompassing all of Palestine and Syria, sometimes only to the land west of the Jordan River, and sometimes just to a strip of coastal land from Acre (ʿAkko) northward. The Israelites occupied and conquered Palestine, or Canaan, beginning in the late 2nd millennium bc, or perhaps earlier; and the Bible justifies such occupation by identifying Canaan with the Promised Land, the land promised to the Israelites by God.

Biblically, Canaanites are identified in Genesis as descendants of Canaan, a son of Ham and grandson of Noah. Also called Phoenicia and Phoenicians. 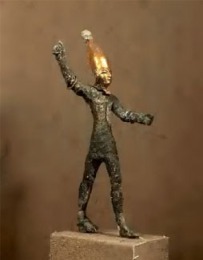 Canaan was situated at the crossroads of several cultures, and throughout its recorded history its art and literature illustrate a mixture of many elements: Egyptian, Mycenaean, Cretan, Hurrian, and Mesopotamian. Most of what is known about Canaanite religion is derived from a series of tablets discovered at Ras Shamra. The principal god was El, but the jurisdiction over rainfall and fertility was delegated to Baal, or Hadad. Other important deities included Resheph, lord of plague and the nether world; Kothar, the divine craftsman; Asherah, consort of El; and Astarte, goddess of fertility.

The Israelites had problems when they turned to idol worship of Baal.

11 Then the Israelites did evil in the eyes of the Lord and served the Baals. 12 They forsook the Lord, the God of their ancestors, who had brought them out of Egypt. They followed and worshiped various gods of the peoples around them. They aroused the Lord’s anger 13 because they forsook him and served Baal and Ashtaroth. 14 In his anger against Israel the Lord gave them into the hands of raiders who plundered them. He sold them into the hands of their enemies all around, whom they were no longer able to resist. 15 Whenever Israel went out to fight, the hand of the Lord was against them to defeat them, just as he had sworn to them. They were in great distress.

In the prophets of Samaria I saw an unsavory thing: they prophesied by Baal and led my people Israel astray.

Elijah came unto all the people, and said, How long halt ye between two opinions? If the Lord be God, follow him: but if Baal, then follow him. And the people answered him not a word. 1 Kings 18:21

Then said Elijah unto the people, I, even I only, remain a prophet of the Lord; but Baal’s prophets are four hundred and fifty men. 1 Kings 18:22

And Elijah said to them, “Seize the prophets of Baal; let not one of them escape.” And they seized them. And Elijah brought them down to the brook Kishon and slaughtered them there.

And he deposed the priests whom the kings of Judah had ordained to make offerings in the high places at the cities of Judah and around Jerusalem; those also who burned incense to Baal, to the sun and the moon and the constellations and all the host of the heavens.

So as we see from the Scriptures above the Israelites struggled with Baal worship until the time of the exile, especially in the more agrarian areas of the northern Kingdom of Israel (also due to some degree to its official establishment as a state religion in the North for a time during the reign of Ahab and Jezebel, c. 850 BC). However, as Jeremiah makes clear, it was a recurring problem in the Southern Kingdom as well.  Largely due to Jeremiah’s insistence that the nation would fall because of its lack of commitment to God exemplified in its dabbling in Baal worship, the problem faded after the return from exile in 538 BC. While there were traces of it later, Baal worship was never again the problem that it was prior to the Exile.

So to say the least it is quite strange to find a Stonehenge in New Hampshire that predates Columbus arriving to the “New world” in 1492 by thousands of years that has an artifact stone dedicated to Baal including a sacrifice stone. Did some of the Canaanites find their way to America and set up an archaeoastronomical site? The fact that a straight line can be extended from Stonehenge America to Stonehenge England further east to Canaan is not just mere happenstance. What do you think?

I AM is at the doors

Some information sourced from History Channel and Wikipedia

4 comments on “The American Stonehenge and Stonehenge England Connection with the Canaanites?”