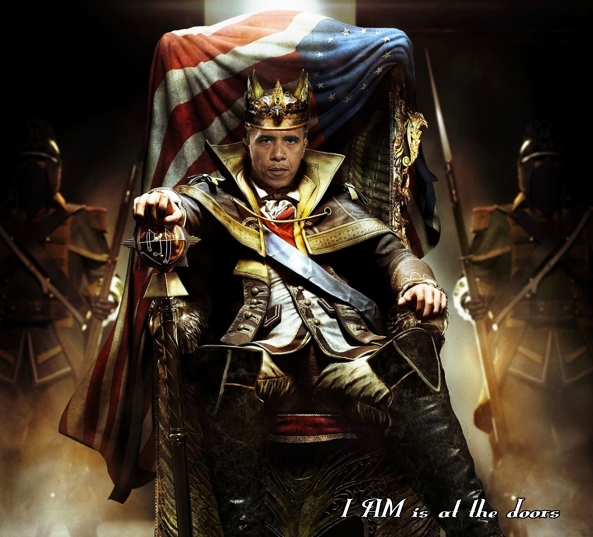 Via Hot Air and Byron York, Barack Obama has crossed the constitutional Rubicon. The die is cast. He realizes as much, and is daring Congress to stop him in the pixels of the New York Times.

NYT: People questioned your legal and constitutional authority to do that unilaterally — to delay the employer mandate. Did you consult with your lawyer?

MR. OBAMA: Jackie, if you heard me on stage today, what I said was that I will seize any opportunity I can find to work with Congress to strengthen the middle class, improve their prospects, improve their security –

NYT: No, but specifically –

MR. OBAMA: — but where Congress is unwilling to act, I will take whatever administrative steps that I can in order to do right by the American people.

And if Congress thinks that what I’ve done is inappropriate or wrong in some fashion, they’re free to make that case…

He continues, delivering his usual boilerplate about how he’s the only one who cares about the three-letter word called “jobs” and the Republicans are just saying “no” to everything.

Then he hits them on their credentials to criticize.

But ultimately, I’m not concerned about their opinions — very few of them, by the way, are lawyers, much less constitutional lawyers.

Nice, coming from a once part-time adjunct professor. One of his fiercest critics, by the way, is Sen. Ted Cruz, who was a state solicitor general and has argued and won cases before the U.S. Supreme Court. Can President Jumpshot claim as much?

From there, the don of the Juicebox Mafia declares that he will do what he wants, so fuggedabout opposing him.

I am concerned about the folks who I spoke to today who are working really hard, are trying to figure out how they can send their kids to college, are trying to make sure that they can save for their retirement. And if I can take steps on their behalf, then I’m going to do so.

Obama has built up a lengthy history of bypassing Congress and the Constitution and seizing power not granted to him in law. The kinetic action in Libya, 2012′s unilateral revision of immigration law, and now delaying the employer mandate in Obamacare are but three, and they all escalate the stakes incrementally. Where most in Congress aren’t inclined to try limiting a president’s ability to wage war or whatever Libya was, Congress’ role in passing laws has been cracked badly by the immigration change and the mandate delay. He does not have the authority to delay that part of the law. He knows it, Congress knows it. He doesn’t care.

As I’ve written before, Obama has effectively hacked the Constitution. Hackers exploit weaknesses in systems they attack; Obama has found a weakness in the U.S. government system and that weakness’ name is Harry Reid. As long as Reid holds the reins in the Senate, Congress cannot effectively stop Obama because the Senate is in charge of the ultimate penalty, impeachment, and Reid will block every attempt to exercise that option. President Part-Time Professor knows that, and is exploiting it.

The question is, what’s his next move? The 2014 mid-terms threaten to close off the backdoor he’s exploiting, if the GOP sweeps the Democrats out of power in the Senate. He is already getting away with delaying the employer mandate. Republicans want Obamacare repealed entirely and have tried strongarming the Democrats into helping them via the mandate delay, but they’re not biting. Harry Reid is standing pat like a good little monkey, just doing whatever Obama commands.

Does Obama wait until after the mid-terms next year to declare a sweeping amnesty? Does he announce that the 2nd Amendment is no longer in force? How about the First? Or the 22nd? The Agitating Adjunct may rule that the Because I Said So clause trumps all others.